Theatre. Art. Music. Dance. Forum. StoryLines. A landmark cultural event showcasing the stories of Sydney’s African Refugee, Islamic, Malaysian and Indigenous communities… transformed into vibrant, unforgettable experience. There are 3 plays as part of this festival. Please see below schedule for dates and description of each play. 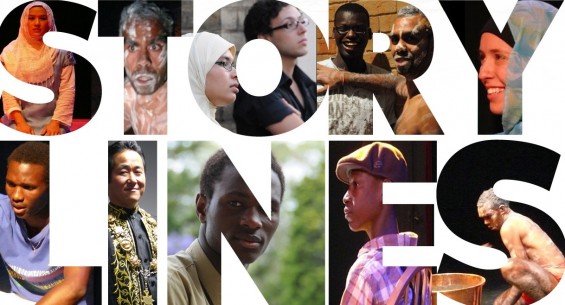 The aim is simple… to open a dialogue, to learn, to listen to one another’s stories… To follow the storylines to the place where they meet.

StoryLines is a four-week celebration of diversity that challenges Australian art and theatre by providing a powerful voice to minority cultures – whose stories often go unheard.

With art installations, dance and live music from Sydney’s African refugee, Islamic and Indigenous communities and featuring performers from South Sudan, Sierra Leone, Guinea, Malaysia, Japan, the Philippines and regional and remote Australia… this is a festival that will both break and lift your heart.

“This is a riveting political thriller that had the audience listening intently on the edge of their seats… an explosively powerful play… this gripping, enthralling work forces us to question and examine the very fabric of contemporary society.”  – Sydney Arts Guide

A restaging of bAKEHOUSE’s critically-acclaimed production, this award-winning play – set against the backdrop of Malaysia’s 1988 constitutional crisis – is at once a political thriller, a brilliant examination of cultural differences and an indelible, unforgettable portrait of a nation of extraordinary diversity.

Based on interviews with three young African Australians – who appear in the cast –  A Land Beyond The River tells the chilling and thrilling story of their journey to Australia, interwoven with the narrative of the classic To Kill A Mockingbird. With a powerful take on ‘colour-blind casting’!   First performed as part of the StoryLines Festival 2009, this one-act play is performed on the same evening as Junction.

“Listen to yourself, Johnnie. Just grand statements. How can we be responsible for the past?”

Two sets of old train tracks converge deep in Australia’s outback. A white girl and an Indigenous boy spend the night in the long-abandoned railway station. As darkness falls, strange things begin to happen and the travellers realise they must make a crucial choice as the shadows of the past re-emerge. This teasing, terrifying and finally triumphant one-act play is performed on the same evening as A Land Beyond the River.

The United Nations’ (UN) International Day of the World’s Indigenous People is observed on August 9 each year to promote and protect the rights of the world’s indigenous population. On Thursday August 9th 2012, at 7.00pm, StoryLines Festival is honoured to be hosting a fundraiser to support Kinchela Boys Home Aboriginal Corporation in the establishment of a ‘Belonging Place’.

The evening will feature

The purpose of the evening is to support the establishment of a ‘Belonging Place’; to raise awareness of the history and work of the corporation; and to open a dialogue, to learn, to listen to one another’s stories…

South Sudan Educates Girls is a charity organisation set up and run by Sudanese people living in Australia. Members of the SSEG committee have been inspired by the story of Anna Dimo and her dream to enable women to be educated participants in the rebuilding of South Sudan. Their mission is to provide increased educational access and opportunities for girls in Southern Sudan, and in doing so contribute to the rebuilding of a nation suffering from 21 year of war. We believe…educate a woman, educate a nation…

The evening will feature

• The staging of the one act play by award-winning Australian playwright Justin Fleming A Land Beyond the River.
• Live music from emerging artists Elijah Williams & Joshua McElroy
• Contemporary dance team ‘the saints’
• African Drummer Sibo Bangoura (Guinea)
• Traditional performers from the South Sudanese community
At the conclusion of the play the cast and crew will return to the stage for an informal discussion with the audience. Special Guest: Johnson Ngor, to speak on the work of SSEG

The purpose of the evening is to raise awareness of the stories of African Refugees and the issues they face on their settlement in Australia; and to raise funds for the SSEG (South Sudan Educates Girls)

Keep me up to date via email